As a Singer & Music Composer

1. During his career as Singer for 47 years,  H.M.V. Company recorded around 400 Gramophone Records and Cassettes.  Other companies like Tips, Movac, IBH bought out his Live Performance cassettes.

Recognition By Way Of Awards/ Honours

H.M.V. Company awarded Master Chander, several Gold Medals.  In addition, the Sindhi Panchayats & Associations in India & Abroad felicitated him with Medals, Trophies, Shields and other gifts of enduring nature.  The last was in 1982 by ‘International Sindhi’ at Birla Matoshri Hall, Mumbai.

Master Chander had a passion for music from his childhood.  Born in a Zamindar family, where singing was considered a ‘taboo’.  Master Chander faced great odds in acquiring rightful place in the field of music in Sind.  He was not only the most popular singer of HMV,  but also a legendary figure, who brought new singing wave in Sind.  He could truly be called a ‘melody’ that touched the very pulse of man who, was love lorn, distressed & disappointed.   His renderings kept the audience spellbound for hours.  One of his rendering ‘Rutha Ee Rahan, Para Hujen Hayati’ (Let them live long even when they are not on good terms) was most popular.  He had the knack of keeping his audience, spell bound for hours.

One thought on “About” 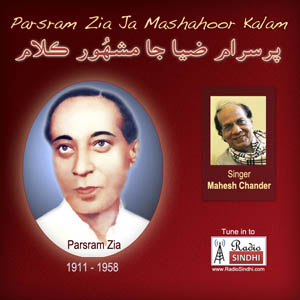 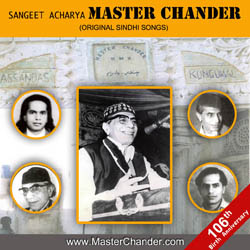 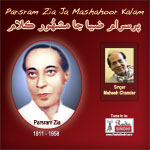 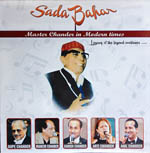